Showing posts from March, 2010
Show all

March 31, 2010
Candace Coates , a.ka. the rat-affectionate "Highland Harper" from Irish Night at Guinan's, writes that she will be playing this Saturday, April 3rd for Easter at Maizie's Tea Room, which has opened in the village of Fishkill, N.Y. She'll be there performing from 12:30 until 2:30 p.m. Maizie's Tea Room is located at 1129 Main Street Fishkill New York 12524. Their phone number is (845) 896-4103. Candaces notes that founders are a mother/daughter business team who are new to the area from California and trying to fulfill a dream with the new endeavor. Here's a link to a map for Maizie's
Post a Comment
Read more 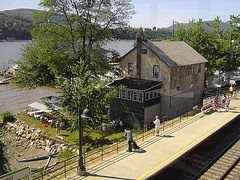 These poems were written by students at Ferris High School after reading Little Chapel on the River for their honors English class. More on the class here . My Place on the River by VB (about the area) The chapel stands with a beautiful sunrise with wispy clouds. The shallow waters surrounding it, ever flowing this way and that way. A mosaic of people gathering together in the usual attire and with all the same purpose…to love, to share, to belong. …and to drink! Photo by Jim Donnery
Post a Comment
Read more

March 29, 2010
These poems were written by students at Ferris High School after reading Little Chapel on the River for their honors English class. More on the class here . A Chapel without Pews by VB (from the perspective of the bar itself) Here I sit, year after year A chapel without pews Big crowds come to visit me And leave transformed Families reunite here I make it feel like home …away from home Love visits, and stays Music comes and goes The beauty of what I do for others will stay for years, decades, and centuries.
1 comment
Read more

March 29, 2010
These poems were written by students at Ferris High School after reading Little Chapel on the River for their honors English class. More on the class here . Guinan’s Bar by LN An old, old bar founded in the 1960’s An Irish bar A comfortable atmosphere A crowd of regulars A sweet-talking owner The Bar that attracts you, Makes you want to stay Tells you to come back next time Welcomes you with good manners No matter weekends or weekdays During hard times or good times When something misfortunate or fortunate happens Guinan’s Bar is wide open for you Guinan’s Bar is always there physically and in your heart It’s there.
Post a Comment
Read more

Last October, an email popped into my inbox from James J. Ferris High School English teacher, Michael Ferrara in N.J. At the beginning of the school year, he'd read his honors class a chapter of Little Chapel on the River. (How cool is that?) The class decided to study the rest of the book and so HarperCollins donated copies to Michael's class. (Thank you HC). The class finished up in February and Michael sent me a collection of poems the students wrote. And they rock. For privacy reasons, students initials are used. They are a mix of freshmen and sophomores, ranging in age from 14 to 16. Poem #1: Within Movement by GB (from the perspective of the bar itself) I stand in the same spot (But) I always feel like I am moving within myself The sense of peace, love, and joy Explains what I stand for Stand for the silent movement But still be known as a presence I am one with them And although we speak no words The greeting is natural
4 comments
Read more

Tribute to the Man Who Named the "Chapel" 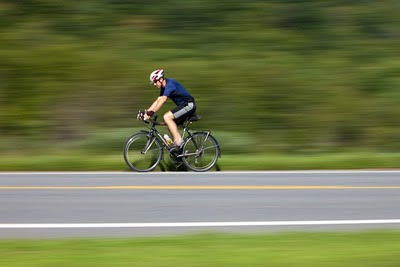 Of all the nights I spent at Guinan's , the one that burns most clearly is still, perhaps, the first. It was the night I first met many of the parishioners -- including Jim Donnery , the man whose fierce love for the green-walled pub he fondly dubbed "The Chapel" inspired the title of the book. Anyone who knows Jim, knows loyalty is core to who he is: loyal to Guinan's, loyal to his family - including his mother Dorothy who he brought to Guinan's regularly - and to all his friends at the chapel. He is also loyal to another family-run joint in Vermont - the Inn at Manchester - where he and his wife Gail have spent many weekends and befriended the owners Julie and Frank Hanes . And when Jim was diagnosed last year with prostate cancer, Frank decided to return that loyalty. Frank is cycling solo across the United States starting June 1 in honor of Jim. He'll dip his bike's back wheel in the Pacific Ocean in Anacortes, Wash. and 4,500 miles and approxim
Post a Comment
Read more

These comments were just a few of the warm sentiments posted on Facebook by "parishioners" on St. Patrick's Day, 2010, in honor of Jim Guinan, his family and the Guinan's Pub & Country store. First posting was mine, the rest are responses. Cheers everyone. "Happy High Holy Day to all parishioners...and a toast to the late high priest himself, Jim Guinan. This day a year ago was the last time most of us saw you." Carolyn McDonough Smith , Sandra Souza-desimone , Missy Nibert Fescemyer and 15 others like this. Kristi Lafoon Still one of my favorite books ever. Thanks so much for the picture! Yesterday at 8:43am · Patti Anderson St. Patrick's Day is the day one just automatically thinks of the Guinan's! Yesterday at 8:48am · Brian Bosley I never met him, but your book made me feel I knew him. Happy St. Patrick's Day Yesterday at 8:53am · Elizabeth Weinstein McMahon hdgdnhdgfffftredrddddfdrff ffrfrrrrrrreeeeeeeee44 e4444444 Yesterday at
Post a Comment
Read more 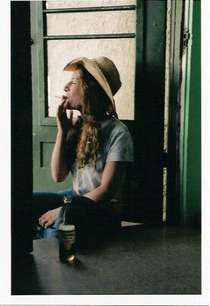 Mary Ellen Yannitelli's efforts to create a new public venue in the old Guinan's location at #7 Garrison's Landing has landed her a nomination to receive Cold Spring Area Chamber of Commerce’s Innovation in Business Award. The award recognizes the entrepreneurial contribution of a member of our community. The winner is determined by an online vote of the community, and there is no residency requirement for voting. Go to www.coldspringchamber.com to see all nominations and cast your vote. Voting concludes at 12PM on March 23rd. The winner will be announced at the Chamber’s Annual Awards Dinner, which will be held at the Chalet on the Hudson on March 25th.
Post a Comment
Read more

A Toast to the Late John Guinan 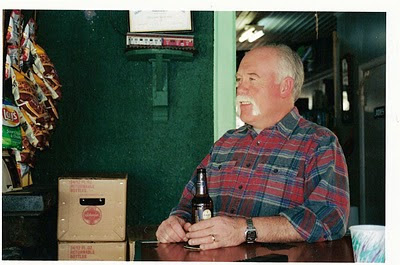 Today would have been the 58th birthday of the late John Guinan . Here's a toast to him and his family. He's probably smiling down on the newest addition to the Guinan clan, Aurora Faye Preusser .
2 comments
Read more
More posts