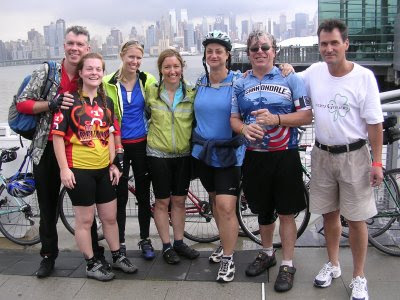 Team Guinan will ride again this year for Braking the Cycle with a smaller, devoted crew who needs your support and donations more than ever.

Riders include: Kelly Guinan Preusser, Ed Preusser, Christine Ashburn and Dean Bradshaw. Kelly's Mom, Mary Jane, is likely to be part of the crew. They ride/crew in honor of the late John Guinan, a long-time rider who has been dubbed honorary Rider #1 for Braking the Cycle, and his late brother-in-lawn, Tom Caruso.

The ride goes from Boston to New York this time -- a tough terrain. They leave on September 11th and ride into New York City on September 13th. Those of us former riders who can't make the ride this year hope everyone who supported us individually will send donations to Team Guinan.

More updates on the team and their training progress to come here on the blog.
team guinan